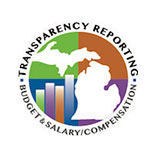 We are continually grateful for your support of our district. The passage of the bond in November 2017 has allowed us to address the needs of our buildings and will give us the tools to educate our students for years to come. The bond projects will be funded through three bond sales. Series 1 was funded in 2018. Series 2 will be funded in early 2020, and Series 3 in May 2023. Information on what items will be targeted in each series is available on our website (clps.org) under Bond Information.

Construction of Series #1 projects are almost complete. The projects included in the series are as follows:

Design, planning, engineering and bidding of Series #2 projects is underway for the planned 2020/2021 construction. Series 2 bonds were sold and closed in May.  The true interest rate was much less than originally projected, which will allow for the debt to be paid back earlier, saving taxpayers almost $6 million from original projections. The projects included in this series are as follows: